The project chooses to preserve the context (built and natural) as much as possible, by weaving a delicate relationship with its various elements. At the same time it enhances the features of the site in terms of orientation, topography, identity and difference of open spaces, and their relationship with the access. The location of the school in the southern part of the site allows for the opening of the main views on the surrounding rural landscape and for the access to natural light throughout the day. 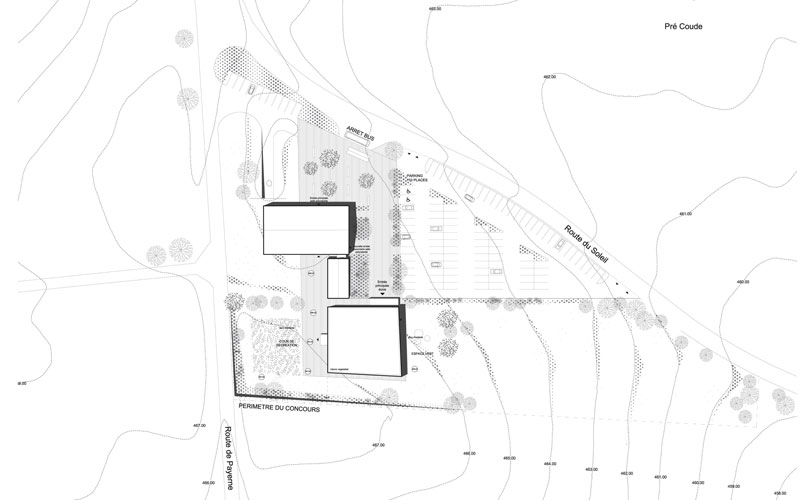 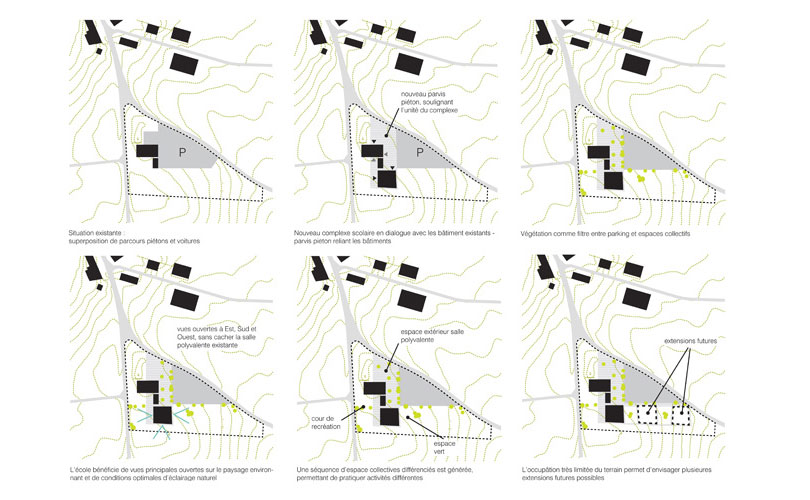 The internal distribution is configured as a continuous excavation leading from the entrance to upper floors through the large central staircase. Expanded to become a true common area, this path becomes a rich sequence of ambiances. On each level, large windows fit different views on the external landscape. 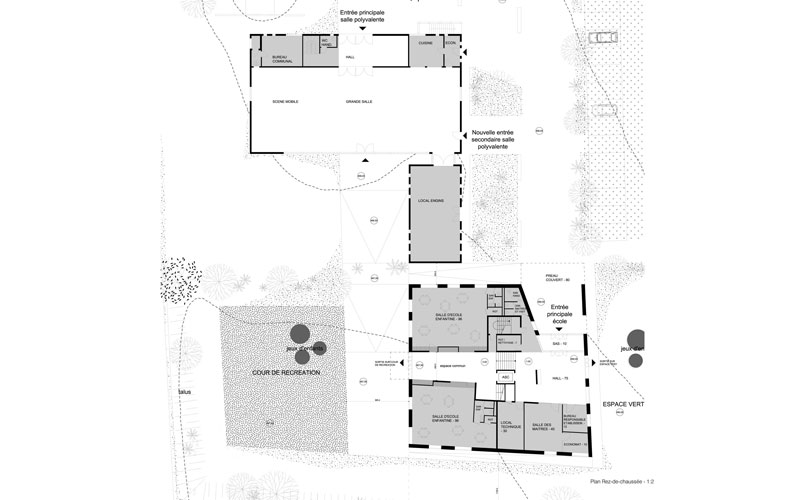 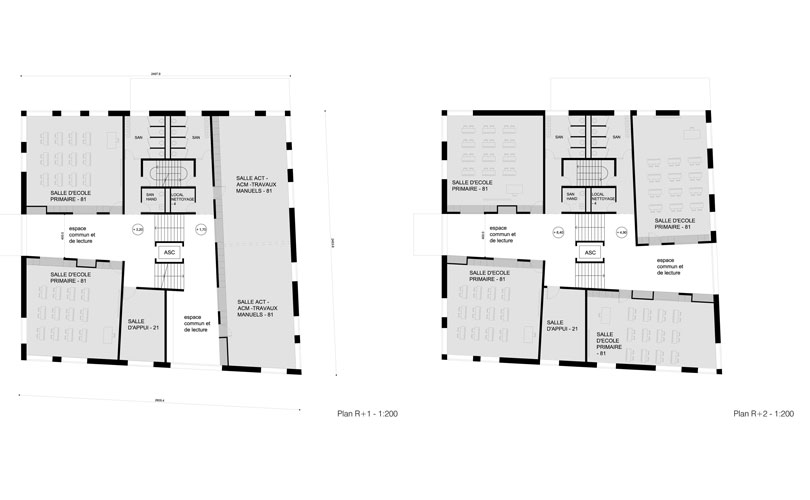 The distribution is designed as a true collective space aimed at meeting and reading. Rich and varied spatially, this area allows a cinematic vision of the exterior on three sides. The school integrates the richness of the surrounding landscape, creating visual links with the territory, allowing a direct and constant relationship with the local context. The open configuration of the common area and of the entrance hall on the ground floor, provides a visual and physical continuity between inside and outside. From the playground on the east it is in fact possible to watch the green space to the west and viceversa. 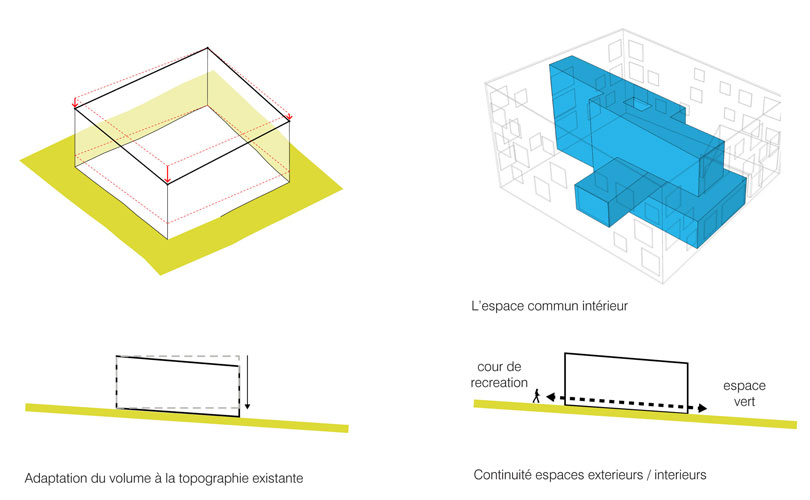 The topography of the site informs the design, with the goal of a minimum impact on the context: the building is built on two half-levels following the natural slope of the ground, while the roof underscores this relationship with the landscape. 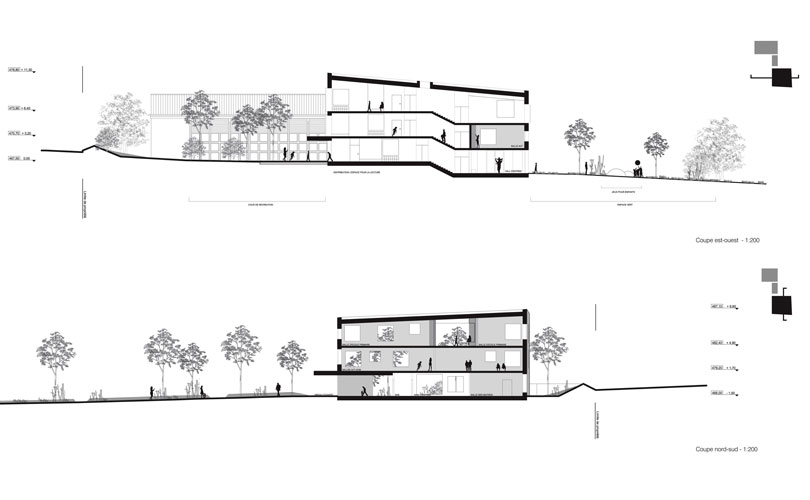 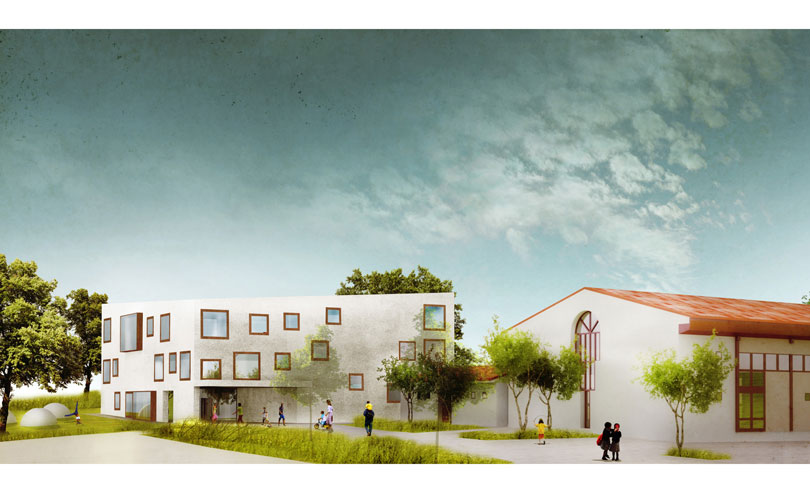 Between classes and common areas, wooden walls include cabinets, lockers and niches. The latter, adapted to the size of children, are often associated with small libraries: close to home’s and more intimate atmosphere, these areas encourage children (individually or in groups) to read in places which are not traditionally supposed for. 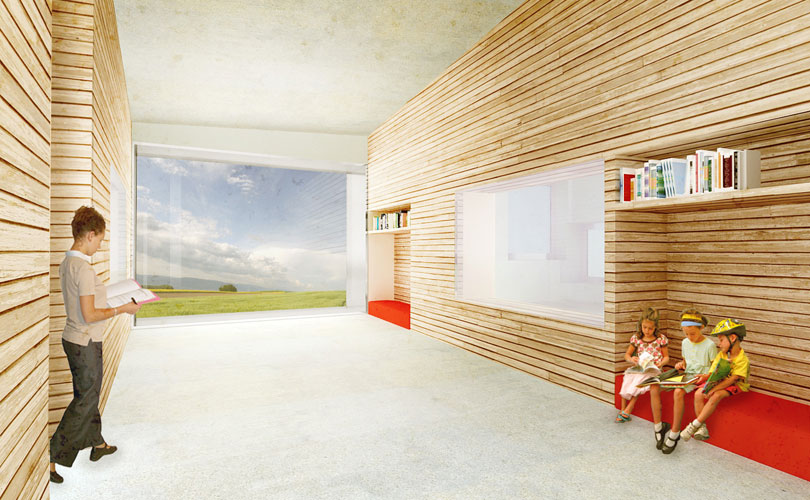 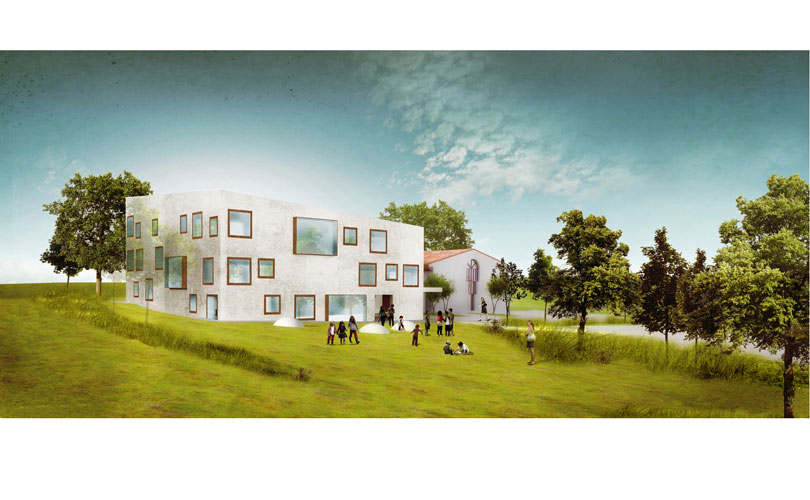