Autonomous from the existing urban development, the new Bab Al Bahrein square is a self-sustained island, a field for public life as reclaimed by citizens. No rhetorical monumentality, no arab decorative clichés give shape to its form. Conversely, the square asserts its nature of an infrastructural system using energy autonomy as a means for supporting public life and political freedom.

The energy obtained though a huge system of solar collectors on the roofs allows for the square to be detached from the main power grid, as electrical power is used on site for multiple activities taking place in the hollow pillars. Organized in a symbolical and physical grid of serial, simple, non-figurative elements, the place defines a mode of coexistence.

The whole area constitutes a meeting territory, integrating facilities for communication, public speaking and performing, a place for shared, evolutive activities for the whole population. The energy provides charge for an electricbike sharing system, computers, evening lighting, projecting devices, cooking facilities and so on, turning the square into a self-sustained system, an open frame to be filled with different meanings. 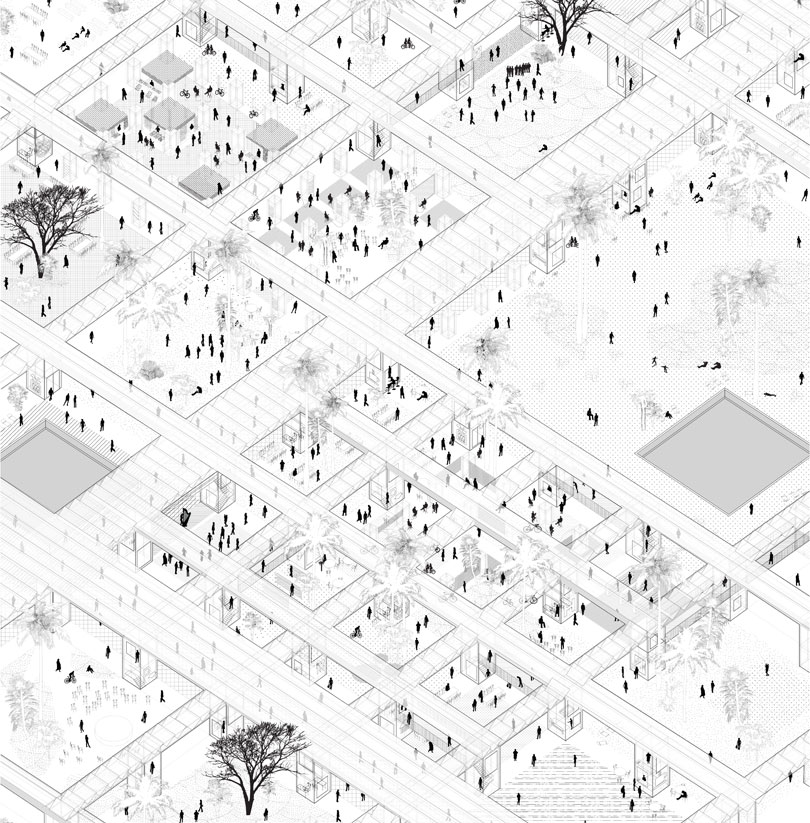 In a region where landscape has been forced and artificially reinvented, natural elements are used here in a double way: as a serialized grid of trees acting as a buffer zone around the main square in order for it be separated and connected at once with the neighborhood, and as a net of grass and sand areas, hard surfaces and water basins, which dialogue with the technological structures to host different activities while evoking the regional landscape without nostalgia.

The new organisation of the site is clear and recognisable and attributes a distinctive identity to an area which mediates between the enlarged proportions of the new harbour and the traditional urban patterns of the souk. It integrates the richness of Manama urban cultures and tissues while providing a platform for contemporary uses. 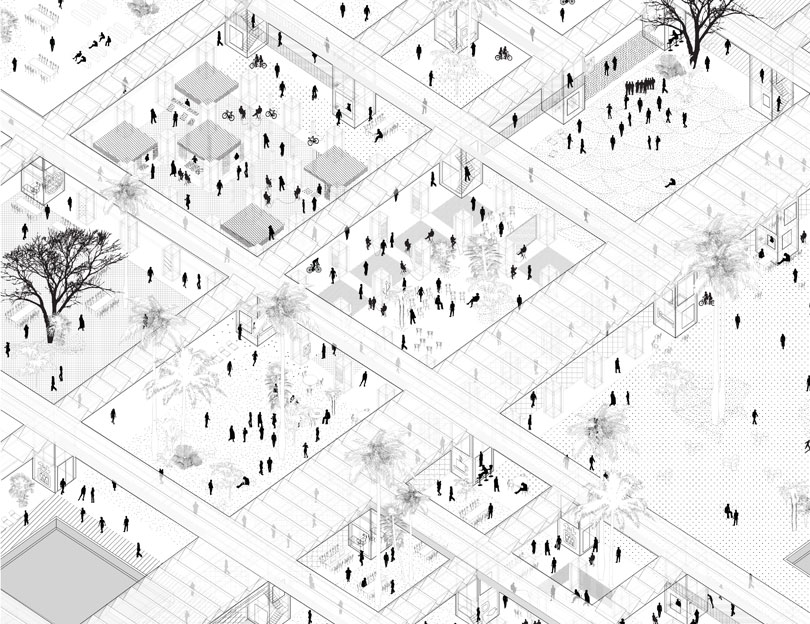 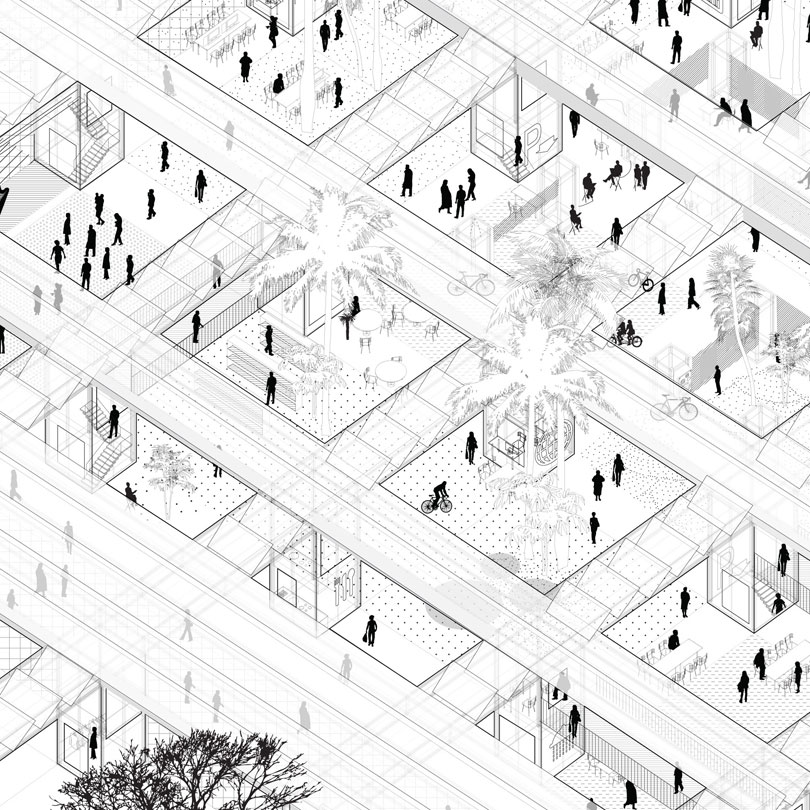