Notation and representation through dance and architecture, random footnotes from the “Danser sa vie” exhibition in Paris. 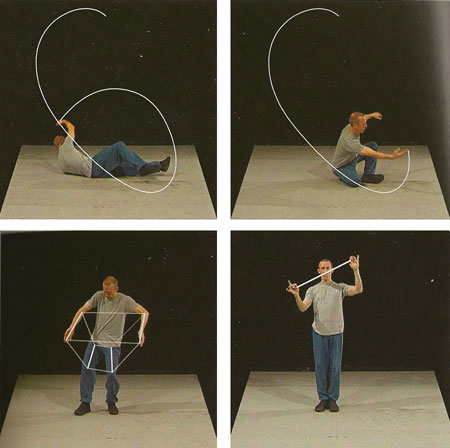 Behind the exploration of more or less explicit ties between dance and visual arts in the 20th century, the recent exhibition at the Centre Pompidou in Paris “Danser sa vie” hides a powerful investigation on the nature of space and the evolution of its representation through the body.

The questions whether space is static or is produced by movement, whether it is a perception, a conceptual framework, a social/ideological construction or even an entity capable of its own ontology, seem to be a concern shared both by dance and architecture, within a centuries-old philosophical discourse.

“Dance and architecture have much in common. Both are concerned with practices of space. For a dancer, the act of choreography as a writing of place occurs through the unfolding of spatial dimensions through gesture and embodied body movement. For the architect, space is the medium through which form emerges and habitation is constructed. For both, the first experienced space is the space of the body“.Carol Brown, choreographer. 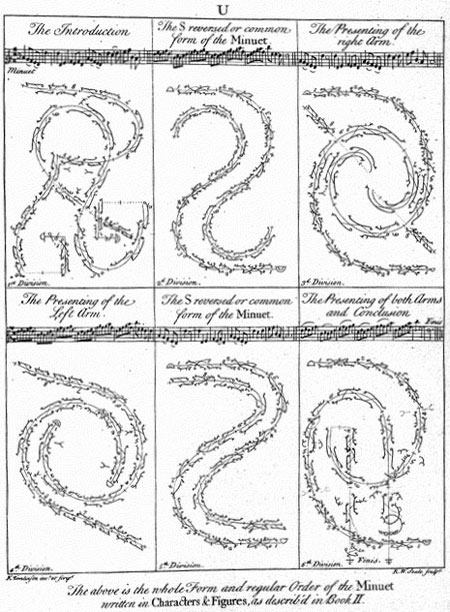 “Danser sa vie” remarkably explores the practices of structuring space through a series of prints and hand-drawn documents that, in their attempts to record the movement on paper, are even more evocative, in our opinion, than the actual display of the pieces, in videos or actual performances.
The challenge of choreographers in capturing events unfolding in time appears similar to the struggle of architects in representing what exists in three dimensions into two dimensions. Both dance’s evanescence and architecture’s permanence require a system of standard projection or “notation” in order for them to be reproduced, constructed, enacted or performed.
Although notations in architecture, music or dance require a prerequisite knowledge, a capability of the subject of reading and understanding it, authors from the different fields have often and easily broken free of conventions, resorting to their individual methods of representation more suitably to their needs. 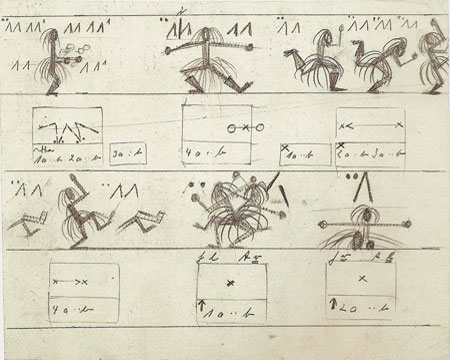 The exhibition traces an ideal path that has a beginning from the static representation of dynamic performances through notational systems, and finds an ending with static artworks (paintings mostly), which identify the crystallization of a dynamic act, as it is the case of the works by Jackson Pollock or Carolee Schneemann. 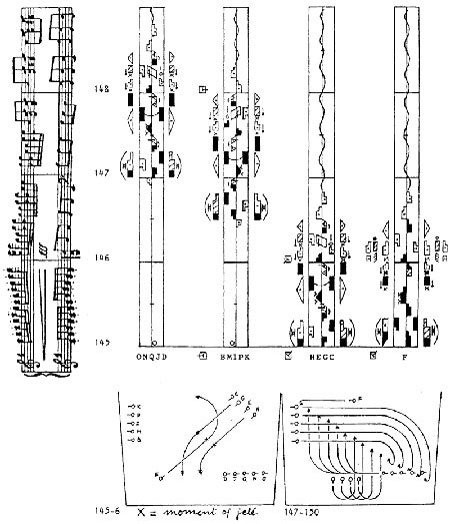 An example of this shift is synthesized through two moments in Rudolf von Laban’s research, from his Labanotation method, which eventually became the standard system of notation to analyse and record any human motion on paper, to his study of the icosahedron, a three-dimensional representation of the kinesphere (or the volume of space directly accessible through body’s parts). 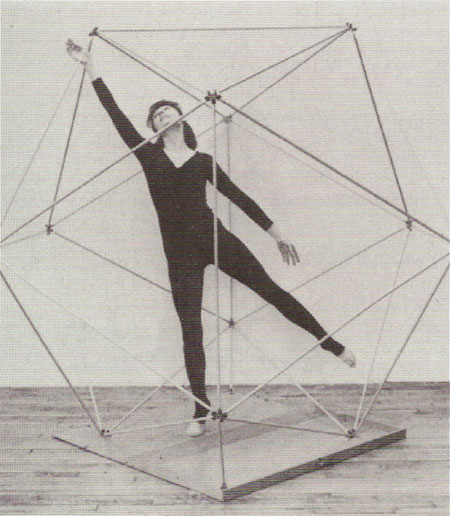 It’s evidently an evolution from a mere bidimensional tool of representation of movement in space, subordinated to its reproducibility, to the construction of a symbolical and physical instrument of control of the movement in space, a static object which crystallizes a possible human field of expression. 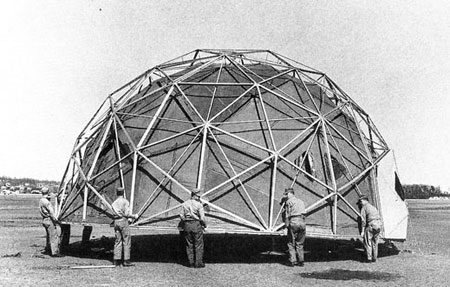 A third line has been identified in more recent times: William Forsythe’s “Improvisation Technologies – A tool for the Analytical Dance Eye” (http://www.youtube.com/user/GrandpaSafari) couples performance with computer technologies. More than an tool for space representation, the body is truly a geometrical vector, able to create and duet with points, lines, and planes. In fact, Forsythe, American choreographer of international fame, decomposes ballet into its mere mechanical dynamics (according to individual laws of physics), deconstructing it into the singular displacements of human joints. Through the computer, Forsythe displays and keeps track of his movements: fixed for eternity the performance allows for representation and actual expression to coincide in space and time, a dynamic -ever evolving- notational system.

When such a synthesis happens, the body acts as an analytical tool, a system through which one can investigate reality.

“Why did you start dancing? You don’t start dancing. You dance. You are a dancer or you are not. (…) It is a way of thinking. The body is a thinking tool.” 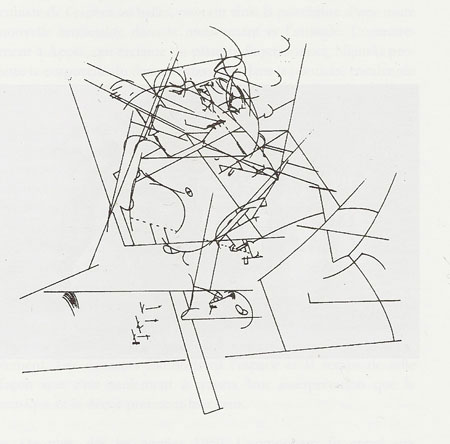 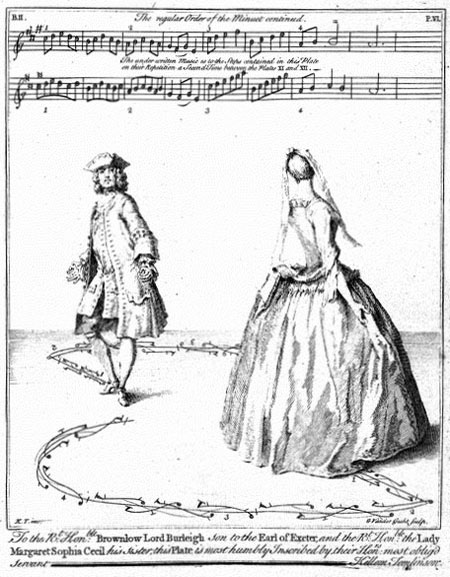 Plates from Kellom Tomlinson’s manual “The Art of Dancing” (1735), which combines Raoul Auger Feuillet’s method of notation with illustrations of a couple performing a minuet. Images from: http://minuetcompany.org/ 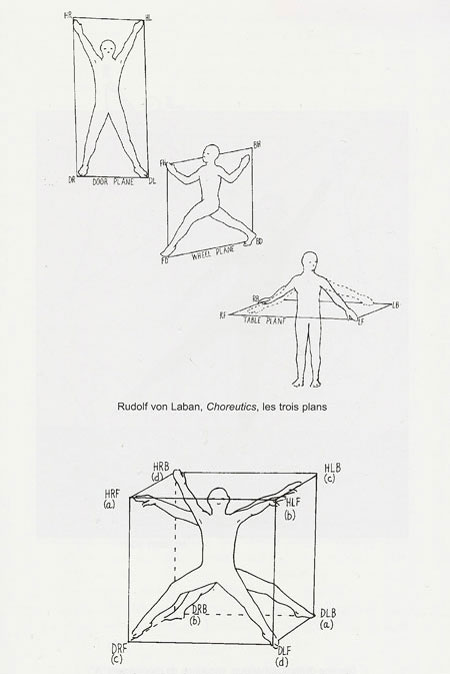 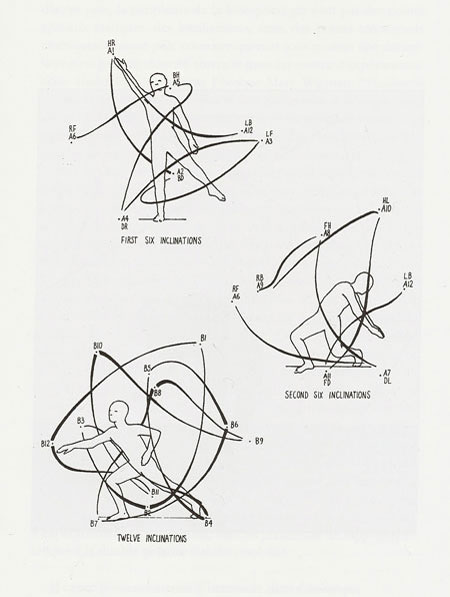